You can bury a lot of troubles digging in the dirt 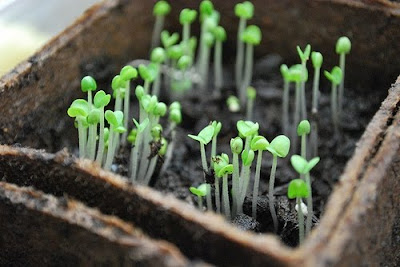 I'm proud to say that I'm now officially, as of five minutes ago, middle-aged.  What's brought on this milestone you may ask?  Well, I've sent off for a "Dig-In - Grow Your Own Vege" pack via the BBC website.  I've always said that I'd save gardening for when I retire.  However, I've seen what a wonderful crop my neighbours get from grow bags and have decided it's time to start growing things.  Herbs are so expensive in supermarkets and packaged salads are meant to contain nasties in the air that's blown into them so they don't wilt.

A friend of mine says that rocket grows like weed, so I think I'll start with that and then maybe some mint and parsely.  Plants which are the equivalent of cockroaches [could survive a nuclear bomb explosion] can become my babies.

My metamorphasis from black-plague fingers to green-fingers will have to wait until I get back from South Africa.  So in about 5 weeks time I'll be sowing.  A tad late I think but that's me........... a last minute merchant of note!

This is what I'm hoping for: 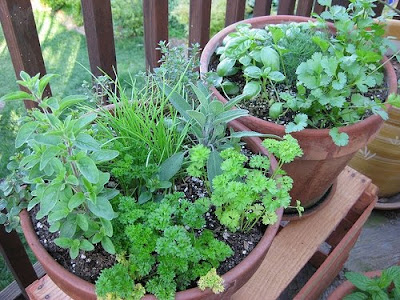